Nick is an avid director, actor, and writer. Previously, he has been busy writing five new original works: His first play, The Real Story, was produced in 2001 by The Post Theatre Company. His second play, Identity (award winning), was produced twice by Queens College in 2005, once by Manhattan Repertory Theater in 2006, and by Nicu’s Spoon Theater in 2007. His last original work, Erosion: Life on Life’s Terms premiered in January 2010 at Nicu’s Spoon Theater. He has worked as a director for many children’s shows and taught several drama classes for children over the past 14 years. Nick graduated from CW Post at Long Island University with a BA in Theater and holds a Master’s Degree in Education from Queens College. Nick founded Identity Theater Company. theaterthatmatters(at)gmail 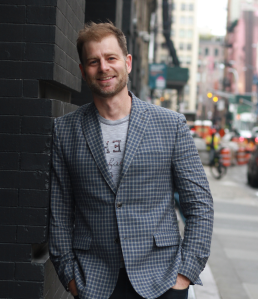 Gregor is an author, speaker, actor and contributor living in New York. He started his career in Los Angeles producing reality TV before shifting gears to acting, performing on stage, on television, and in independent feature films. His writing and acting have been featured in The Los Angeles Times, The Guardian, Huffington Post, Publishers Weekly, Cinema Editor Magazine and others, as well as on Off-Off Broadway stages across New York.

Gregor travels the world with his memoir The Accidental Caregiver: How I Met, Loved and Lost Legendary Holocaust Refugee Maria Altmann, sharing with audiences his experience caring for Altmann, who was portrayed by Helen Mirren in the movie Woman in Gold. His new book, a sequel, aptly named The Accidental Caregiver: Part II, will be released on Valentine’s Day 2020 by Balboa Press, a division of Hay House.

Gregor also created and curates Humans in My Phone, an ongoing micro-documentary series featuring the humans in his phone. 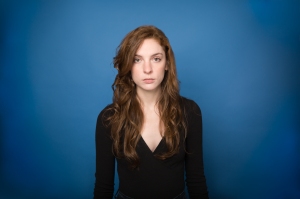 Mary is an NYC-based writer and performer. She is a graduate of the Rutgers MFA Playwriting program and her plays have been seen at Fresh Ground Pepper, EST, and Dixon Place. Her newest collaborative play Girl Bully will be seen at the Edinburgh Fringe in August 2019. She is a regular performer with The Armory Improv and has performed at UCB, the PIT, Laughing Buddha, Broadway Comedy Club, as well as many other scary basement spaces around New York City. 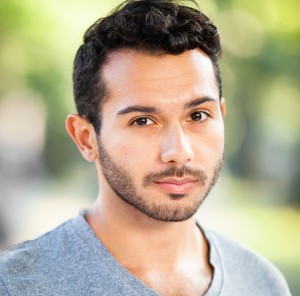 Kenneth Laboy Vazquez earned his bachelors in theatre at Rutgers University. He is an actor and writer. Recent credits include The Boys in the Band (Studio Players) and Water by the Spoonful (Red Monkey Theater Group). He is passionate about cultivating voices in underrepresented communities. His interests verge on the queer and intersectional. 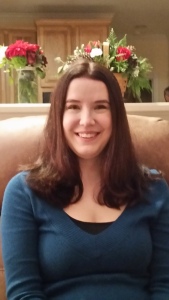 Audrey is a freelance writer and editor originally from North Carolina now based in Brooklyn. She has an MFA in fiction writing from the New School and has been an avid fan of theater since childhood. She is passionate about the intersection of fictional media and social justice. She is particularly drawn to stories that uplift female voices and shine light on overlooked topics.